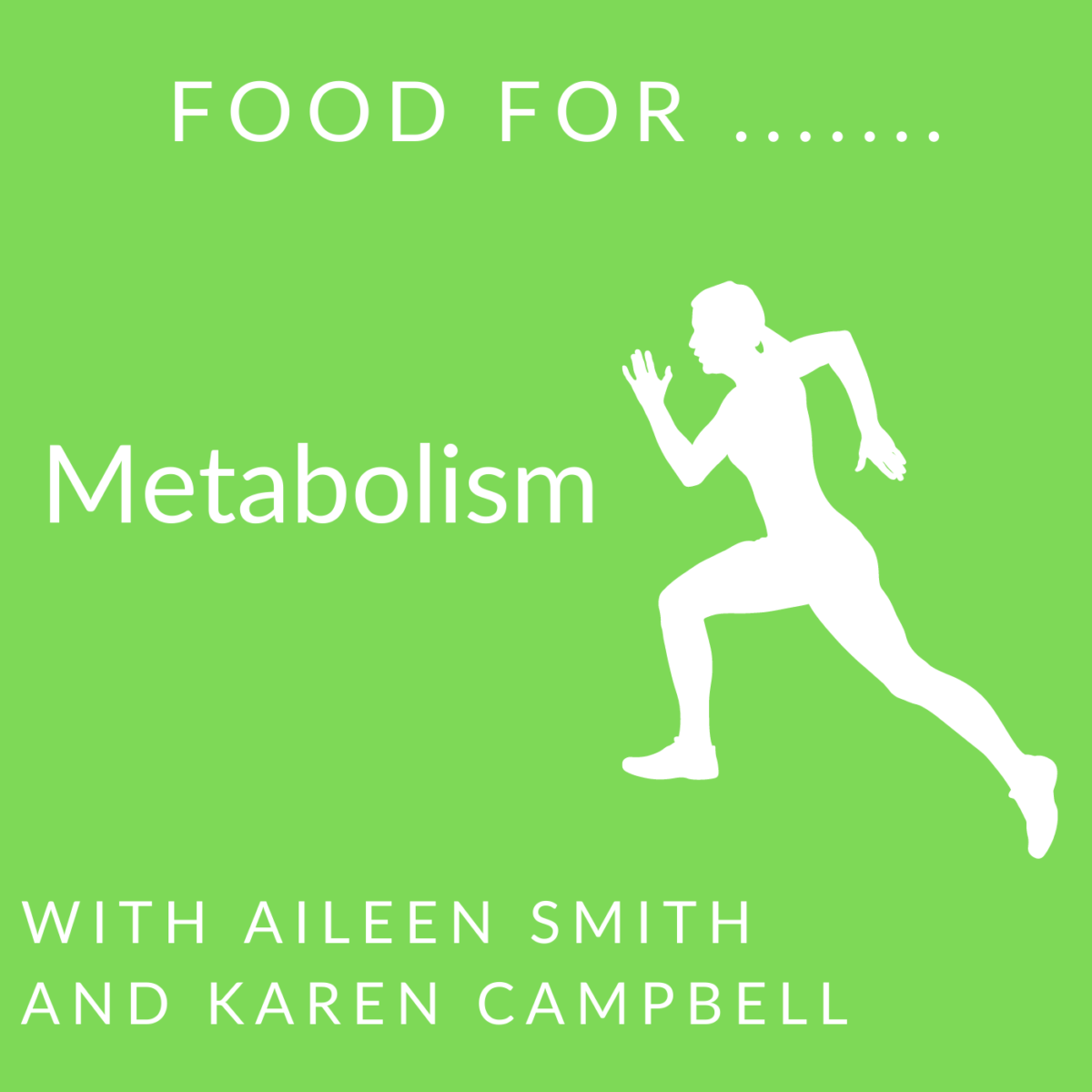 As runners our aim is to maintain optimal metabolism and metabolic rate to support our running performance as well as our body composition.

Nutrition (and exercise) are central to this goal, so in this episode we discuss FOUR foods known to optimise metabolism and metabolic rate. The FOUR Runners FOOD FOR … Metabolism are; Chicken, Grapefruit, Sardines and Jalapeno Peppers.

Defining Metabolism and Metabolic Rate in a simple way whilst also considering the 3 key aspects of Metabolic Rate, which include:

Introducing the first of the 4 foods being highlighted in this episode. Discussing chicken and its nutritional content known to support Metabolism and Metabolic Rate. Protein is the key nutrient here due to its effects on Basal Metabolic Rate (BMR). It is thought that the digestion and absorption of Protein can raise BMR by approx. 20%-30%

Moving on to discuss Grapefruit and the phytonutrient Naringenin found within, which is thought to increase energy expenditure, therefore influencing metabolic rate. Also discussing the novel idea of Naringenin being able to express Brown Adipose Tissue (BAT), which has been researched for its thermogenic effects (i.e. heat creation).

Introducing Sardines and their Omega 3 Fatty Acid content, which is the nutritional property thought to support Metabolism and Metabolic Rate. Omegaa 3 FAs influence is thought to be via their ability to suppress lipogenesis i.e. limit the synthesis of “fat”.

The fourth food and its nutritional property linked to Metabolism and Metabolic now being discussed. The Capsaicin content of Jalopeño Peppers is thought to induce thermogenesis therefore increase Basal Metabolic Rate. Capsaicin is also thought to induce browning of white fat (in other words, changing the ‘fat’ so as we know, i(white fat) into thermogenic brown adipose tissue).

Looking at some recipe and menu ideas using the foods discussed:

Key nutrients of each food and how they could support your running:

Intermittent Fasting and the Female Runner


Weight Loss and the Mid-Life Runner